RC Trucks and Lorries are a great addition to your fleet, you can transport loads of gravel in a dump truck or load pallets onto a flatbed and deliver them to where you want them. They really compliment the other machinery you have for example after you have built your 1:32 scale tracked equipment, you are going to need to transport that machinery around your diorama. The best way to do that is with a radio controlled lorry pulling a low loader.

The first radio controller lorry I built was a conversion of a Siku Scania R620 which shares most of its components with the control 32 version of the model. 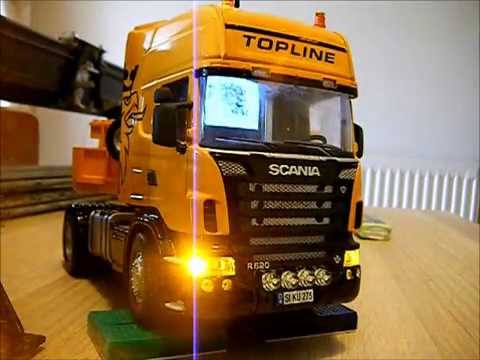 This is a cheap model I found on AliExpress which you can get in a number of configurations e.g. dumper or concrete truck. I bought the dumper version but I’m turning it into a flatbed. I’ve fitted it with a separate motor for each rear wheel which gives it a great turning circle. 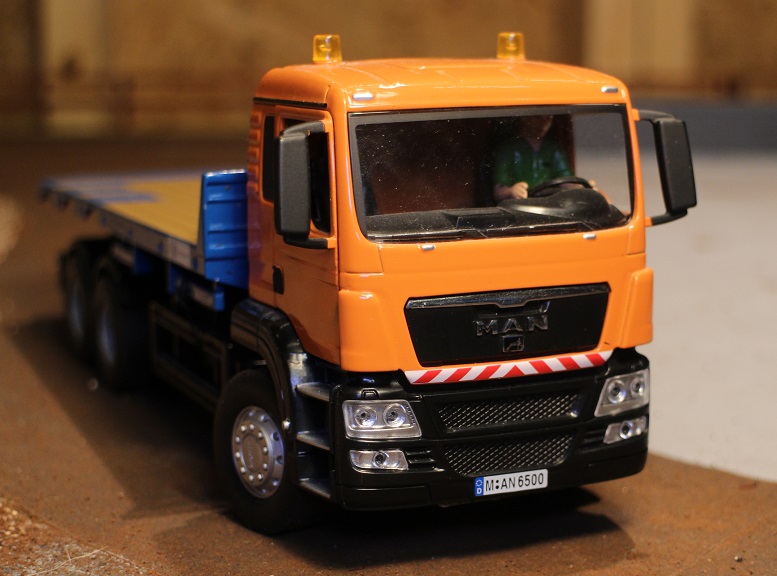 You can pick this model up as a cheap RC model on ebay. It doesn’t come with speed control so I removed the control board, replaced it with my own and added some LEDs. It’s a simple conversion but the long wheel base and locked rear axle means it has a poor turning circle.